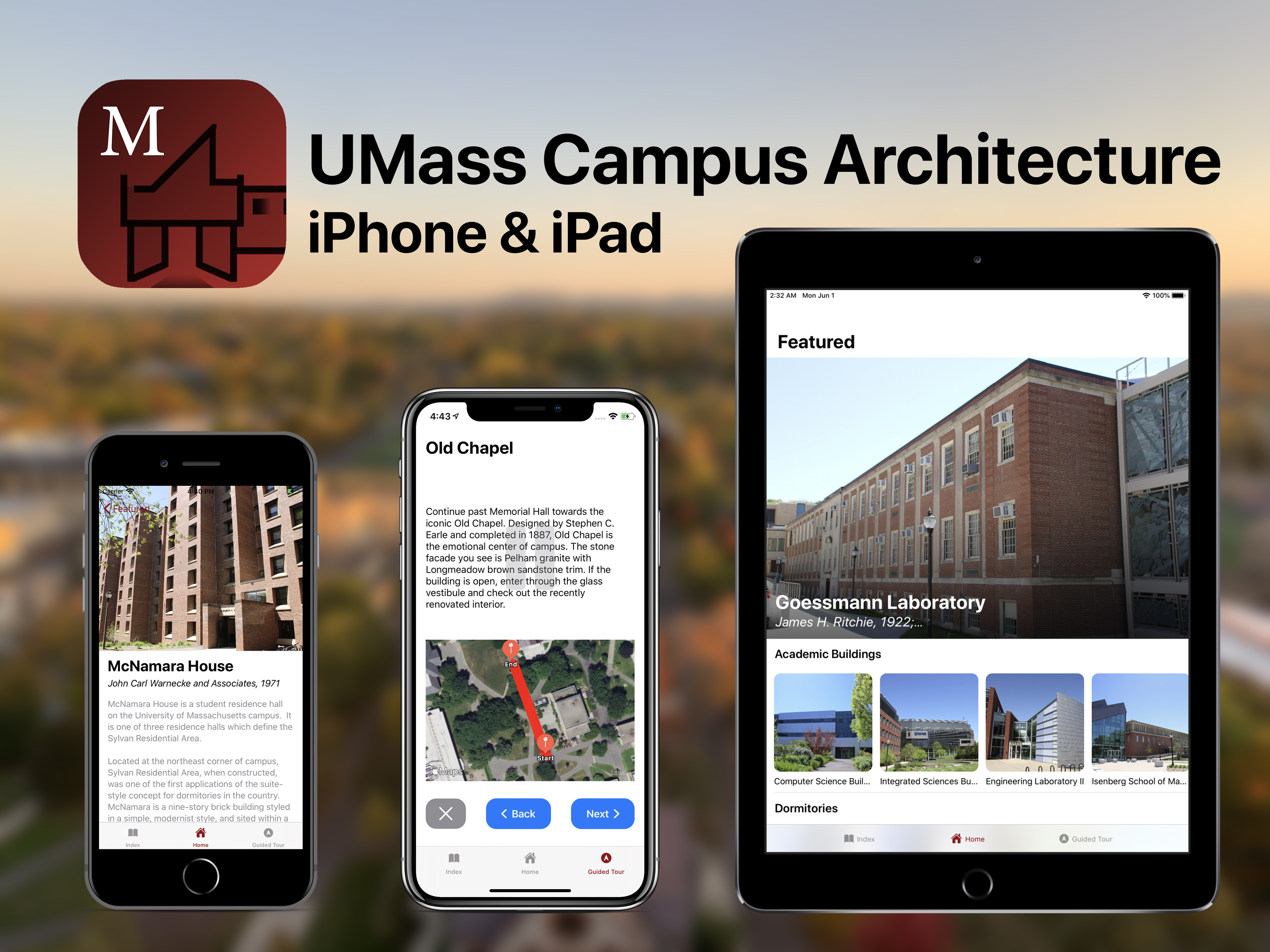 UMass Campus Architecture is an interactive guide to the architectural history of the University of Massachusetts campus in Amherst, Massachusetts.

The UMass campus is a stunning microcosm of American architectural styles; as one of the nation’s oldest land grant public universities, over 150 years of university history are reflected in a rich, storied campus landscape. Located amidst the vast natural beauty of Western Massachusetts and the Pioneer Valley, a 1,463 acre campus features the influence of well-known architects such as Edward Durell Stone, Marcel Breuer, Kevin Roche, Hideo Sasaki, and more.

While on campus, explore the architecture with the Guided Tour, featuring 42 points of interest around campus and walking directions between them.

Built entirely using Swift and SwiftUI, UMass Campus Architecture is my inaugural project working on Apple platforms. The app makes use of the full suite of SwiftUI APIs available in iOS 13. Robust search functionality can quickly filter buildings and grounds by name, architect, and year of completion. The guided tour functionality makes use of Apple Maps and audio APIs, featuring point-to-point navigation and voiceovers at each point of interest. Conditional scaling with SwiftUI enables a cross-platform interface design that scales, resizes, and rearranges according to screen size and orientation.